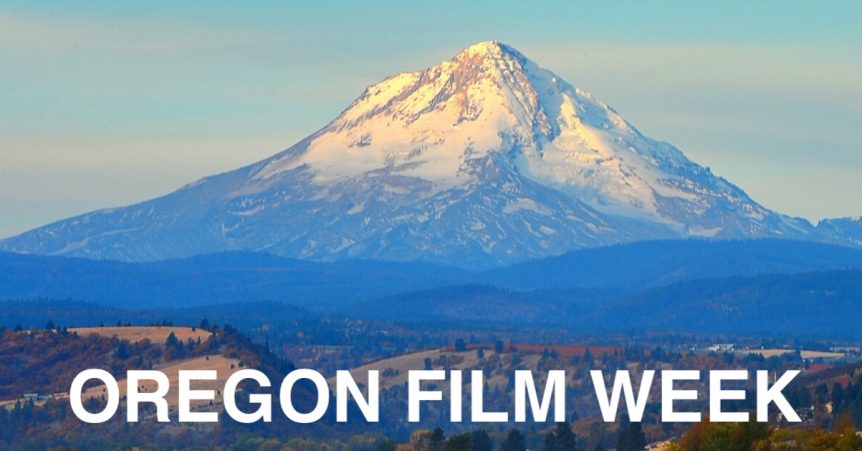 Last week, the crew and I had an incredible trip to the the great state of Oregon filming our “Oregon” episode for season 2 of V is for Vino! Our first day of shooting was at Lange Estate Winery and Vineyards, our featured producer for the episode! Lange is located in the Dundee Hills AVA, which is right in the heart of the Willamette Valley, and is one of the first places grapes were planted in Oregon; the real OG region for Oregon Pinot Noir.

One of the beautiful things about Oregon wine is that the age of the industry is perfect: old enough to produce world class wine, but young enough that it hasn’t been overly developed: most vineyards are 1st or 2nd generation family run businesses. Lange is no exception: Don and Wendy Lange founded the winery after making wine in Santa Barbara, and wanting to make their own wine in a place that was perfect for Pinot Noir. They found that place in Willamette, in the late 80s, when betting on Oregon wine was a HUGE risk. The risk paid off, and the Lange family now produces some of the best wines in the hills. They now involve their son Jesse as General Manager of the winery in order to continue their legacy. The winery extends a great deal of energy into keeping the vineyards sustainable with things like solar panels, eco friendly glass for the wine bottles, as well being certified salmon safe. They have several different Pinot Noirs that are dense and complex, as well as 2 Pinot Gris, Chardonnay, and have even released their inaugural champagne-method sparkling wine.

We started our shoot day with an interview of Jesse in the tasting room, talking about the Pinot Noir and Pinot Gris we’re featuring in the episode, and what makes those grapes so perfect for the Willamette Valley. Next, we moved outside and I talked to Don and Wendy about their journey starting a winery in what was at the time an unknown wine region, and how amazing it’s been to see the transformation of the region over the last 20 years. Next, the crew and I moved outside to film all the other wine segments you see in the show: I talked about Pinot Noir and Pinot Gris, as well as a segment on organic, biodynamic, and sustainable. Finally, we wrapped by shooting all our product shots, drone shots, and FINALLY got some sunlight peaking out around 7:30PM; wish we had more, but the good news is that it stays light out until 9PM because of how far north we were!

Winery days are always super long film days: the crew and I were up at 6AM and didn’t leave the winery until 9PM. By the end of the day we were all mentally and physically drained, but we were able to power through because of our hosts: the Lange family were incredibly kind and hospitable, and kept us fueled with food, coffee, and good vibes!

Gorges, Mountains, and Surfers (oh my)

We started day 2 shooting in downtown McMinnville, the quaint wine country town that’s the epicenter of the Dundee Hills with wine tasting rooms, family owned shops, and old fashioned diners peppered along its Main Street. However, we had to shoot our segments there quick, as we had a lot of ground to cover that day; about 5 hours of driving with filming all along the route. We drove from wine country right through downtown Portland, and onto the Columbia Gorge about 45 minutes outside the city.

Our first stop was Vista House with beautiful sweeping views of the Gorge and river before arriving at Multnomah Falls (named after the indigenous people of the region). My previous experience with waterfalls is that they are usually a hike (see: pain in the butt) to reach, and are underwhelming because they’re either too small or too far away from where you’re standing. Multnomah Falls wasn’t any of that! It’s right off the freeway, and you can literally go on a bridge that’s IN the 620 feet high falls (see photos).

Next, we stopped in the town of Hood River and saw more kite surfers than I have ever seen in my life, before attempting to beat the night and the clouds to get a shot at Lost Lake, which is at the base of Mt Hood. Not going to lie, I rearranged the entire trip to get this shot (as the weather was bad when we originally planned to go) and I’m happy I did. The largest mountain (technically, volcano) in Oregon did not disappoint! We had a super short window to film before the clouds rolled in, but we got the shot! Check out the time lapse to see a preview of its magnificence. We drove back to Portland for a wrap of day 2!

Ahh, the restaurant day. This is one of my favorite days, because we don’t have to start at 6. in. the. morning, like all the other days. Shoot days are usually early to conserve daylight, but we can film the restaurant anytime, as it’s indoor. The place we hooked up with is called Ned Ludd, which describes itself as American craft kitchen; though I would describe it as Oregonian craft kitchen. They make a concerted effort to source locally and sustainably, and with all the amazing produce and agriculture in the area, it’s no wonder why. The restaurant is called “ludd” for the word “luddite”: a person opposed to new technology or ways of working, which is evidenced by the wood fire oven in the center of the kitchen: the only heat source in the restaurant. The vibe feels “colonial-cabin-meets-grandma’s-kitchen”; which I mean in the best possible way.

I met in the morning with chef Rob Baki, a Chicago native who moved to Oregon and was blown away by the abundance of fresh product available. We filmed him cooking the dishes alone first in beautiful 120fps (slow-mo) and even got something new for this season: an overhead camera on a crane to get what I call the “Chef’s Table” shot. Next, Chef and I made the dishes together: first, a halibut ceviche with local produce, and second, a seared salmon with root vegetables and strawberry-Pinot Noir matelote and spring onions. Both dishes were perfect with our Lange wines, and absolutely stunning to film; wait till you see the footage.

The crew and I ended the day with a quick interview of Rob, and finally sat and had a few drinks and dinner at the bar. The cocktail program is also super innovative, so make sure to try a drink or two if you get to visit. I always strive to find authentic places for our shoots, and I think we nailed it on this one: I was talking to a bartender earlier in the week, and when I told him we were filming at Ned Ludd he responded: “How did you pick that place? That’s not a spot most people go, that’s the kind of local spot the staff and I go to!” Right then, I knew I had a winner.

Our last day of the trip! After speaking with Jesse (our winemaker), he mentioned he was an avid fisherman. We figured it would be good to get a taste of that Pacific Northwest lifestyle, and met with him in the morning for a day out fishing on the Columbia River. We were joined by captain John, our boat benefactor for the day, and first mate Doug, one of Jesse’s best friends.

The day started off gloomy, but prosperous: we caught 4 “bait fish” right away, which they call “shad”. They are 8in fish that are then used to lure our true goal: Sturgeon. The Sturgeon range from 7-12ft long and are the prized fish from which caviar is made. Today however, we would be simply catching and releasing the fish. At least, that was the goal. But 6 hours and 4 locations later, we ended up empty handed. Such is life.

But that’s not to say the day was uneventful. We swapped war stories. We learned about how Doug shot himself in the leg. Captain John quoted Pulp Fiction on more than one occasion, making sure every curse word was included. He brought his own cherry moonshine, elk burgers, and wild hog sausages, which we we grilled on a portable grill on the boat. Jesse brought lots of Lange wine, and beer. Definitely beer. After almost losing our drone to the mighty Columbia, we ended the fishing day around 6pm, and we had one more story yet to tell…

I few months back, I had connected with a fan and artist from the Portland area named Elise. The art she was making was so amazing, we got to chatting, and when I realized I had a spare few hours Friday evening during our shoot, I asked her if she wanted to let this artistically challenged wino into her studio for a few hours to learn about her process. Elise practices an art technique called encaustic, which uses colored beeswax as the paint. It also involves blow torches, irons, scalpels, and a whole bunch of tools that are perfect for neanderthal artists like myself.  And I have to say, my end product was not too shabby at all. Elise posted about this in her blog too if you want to check it out.

And thus ended our Oregon trip! By far the most ambitious shoot we’ve attempted so far, and what I think will be one of our most entertaining episodes to date. Now the real work begins: editing all the wonderful footage down to 30 minutes for y’all!